Journey into the Backwaters of the Heart with Laima Vince 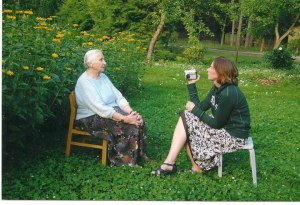 Peaks Island-based author Laima Vince will read from her book Journey into the Backwaters of the Heart: Stories of Women who Survived Hitler and Stalin on Thursday, September 6th. Journey is a collection of oral histories that Laima gathered from women who fought in the armed post-war resistance against the Soviet Union, who were Lithuanian Jewish Holocaust survivors, and who survived exile to Siberia and Tajikistan. Journey is one in Laima’s trilogy of literary nonfiction books that examines social and cultural issues in Lithuania as the country evolved from a Soviet society to a post-Soviet independent nation.

Laima graduated from the Writing Division at Columbia University School of the Arts, has been twice awarded a Fulbright in Creative Writing, and has received a National Endowment for the Arts grant in Literature.