I have decided to watch the Tall Ships Parade of Sail from a corner of Portland most meaningful to me-Munjoy Hill. Here my Irish and French Canadian grandparents found a welcoming neighborhood to raise their two children. Here, a narrow strip of sand-East End Beach- fringes the toe of the Hill. I try to imagine the bathhouses and ugly wool bathing “suits” of my mother’s stories. With the legion of boats navigating the harbor today, I remember her stories of World War II war ships clogging the harbor and then disappearing during the blackout-curtained night.

From this lofty vantage point of Portland’s spine, it’s not hard to see why Lemuel Moody chose this as the site for building his Observatory, the multi-story wooden tower now one of Portland’s beloved historic landmarks. 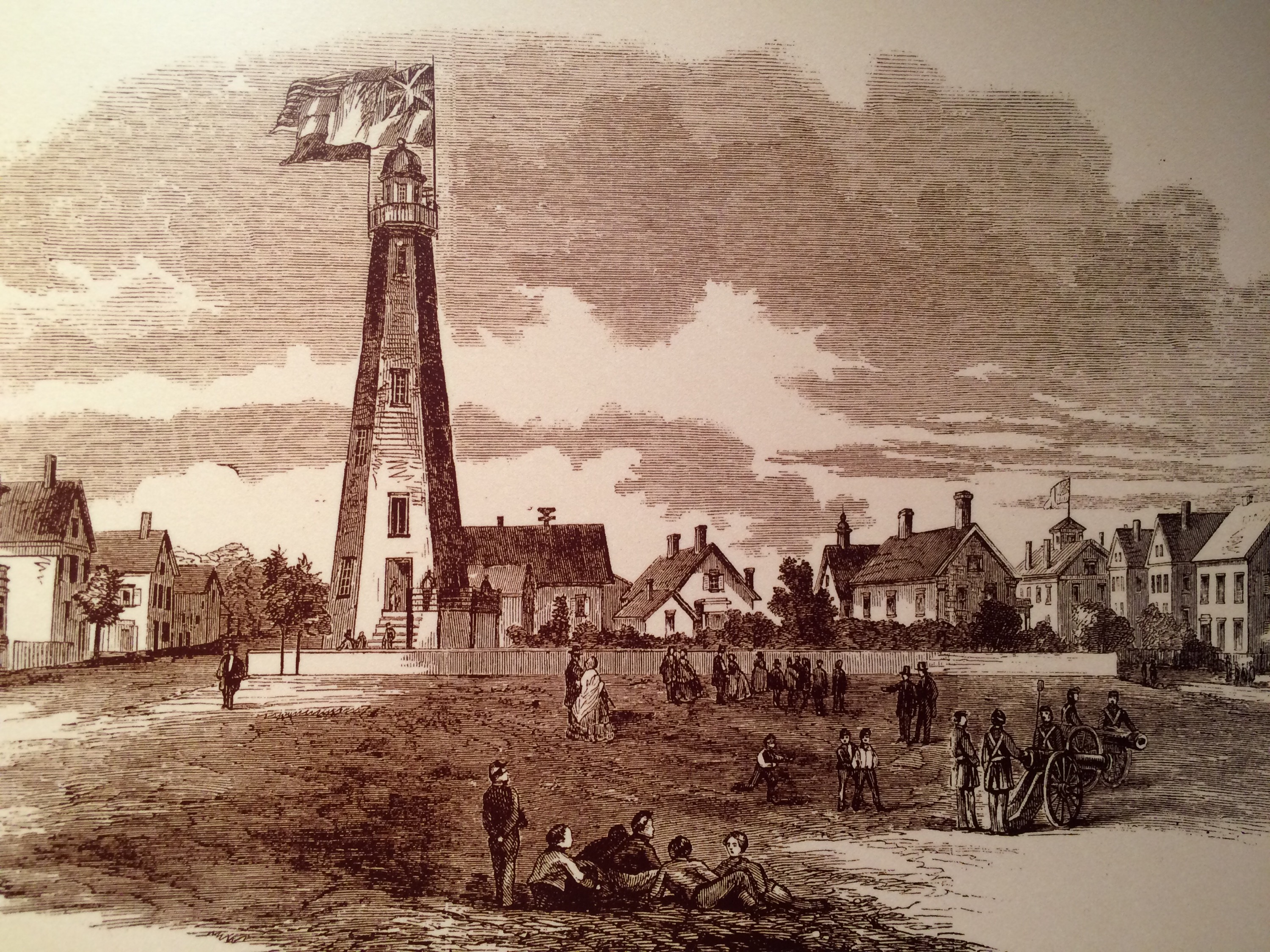 Historic illustration of the Observatory

This octagonal tower plays an important role in scenes from a manuscript that I’m editing this summer. My Jimmy Brackett middle grade reader tells the story of the Confederate Invasion of Portland Harbor in 1863. The Observatory hoisted flags to announce the approach of ships – carrying passengers and cargo – who were still approaching the harbor from many miles out to sea. I won’t divulge more of the drama around the caper of mistaken identities or the ship stealing that characterizes this novel. I will say that, unless you’re on board a boat, there’s no better place for viewing a Parade of Tall Ships or spotting Confederate pirates than Munjoy Hill and the top of the Portland Observatory. 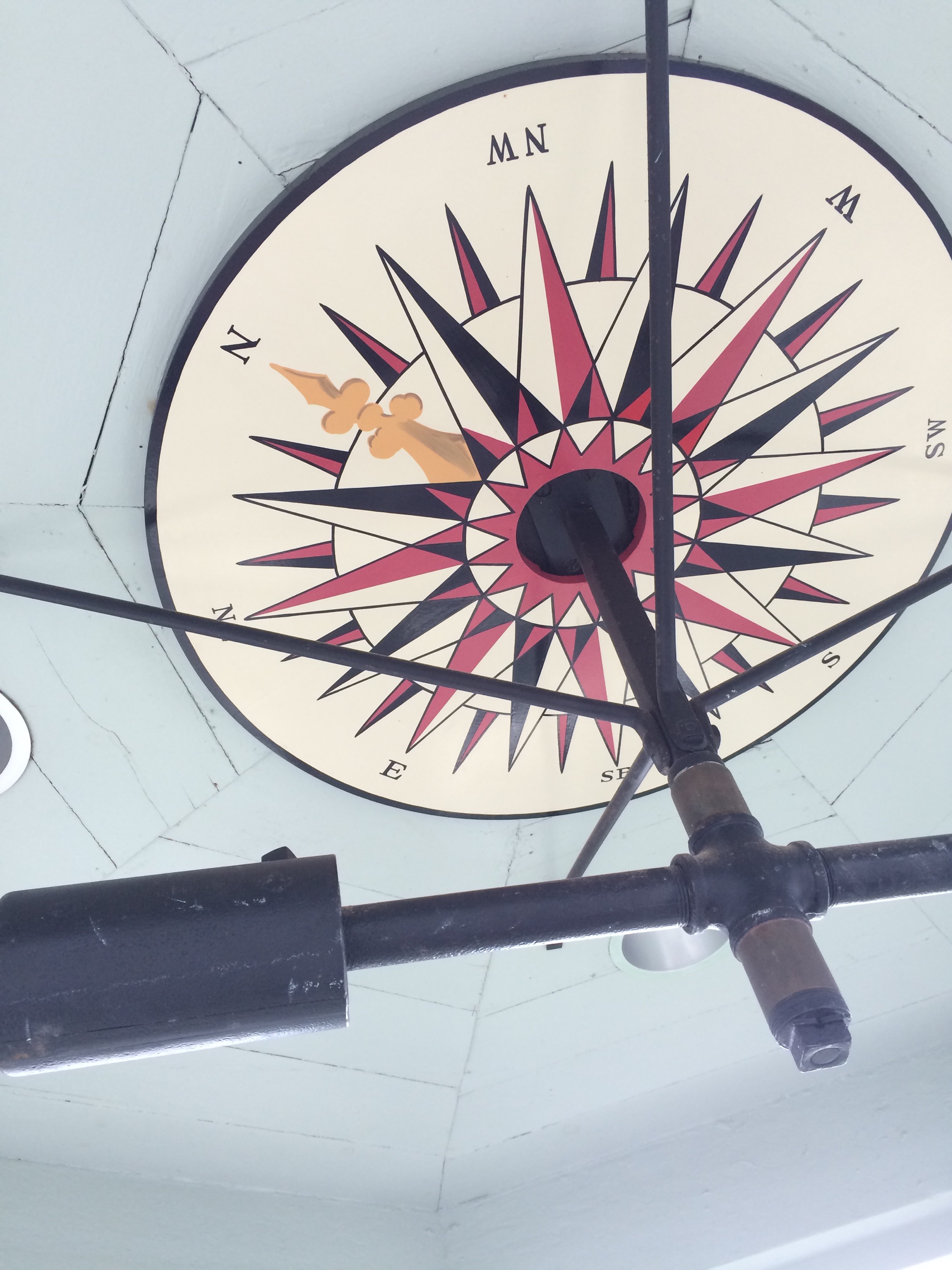 Ceiling of the Observatory’s dome

Tagged as: Maine, Patricia Erikson, Portland, Tall Ships, things to do in Maine