My Affair with Henry and the Photo Shoot that Followed

As the one who’s always behind the camera instead of in front of it, my need for a new, professional portrait crept up on me this year. Charmed by Sarah Beard Buckley Photography‘s beautiful 50 Mainers portraits in Maine Magazine, I craved how she created environmental shots that capture the intersection of sense of place with personal identity. Since my pulse centers on Portland, I wanted to choose from the many scenic or gritty or architecturally fascinating locations. But where? My mind traced the trails and cobblestone streets and wharves until my mental tour arrived at Congress Street and stopped at Henry Wadsworth Longfellow’s house, the historic home museum of the Maine Historical Society. Yes, I’m talking about an affair with “Henry,” a Maine poet, dead for some 130 odd years now. 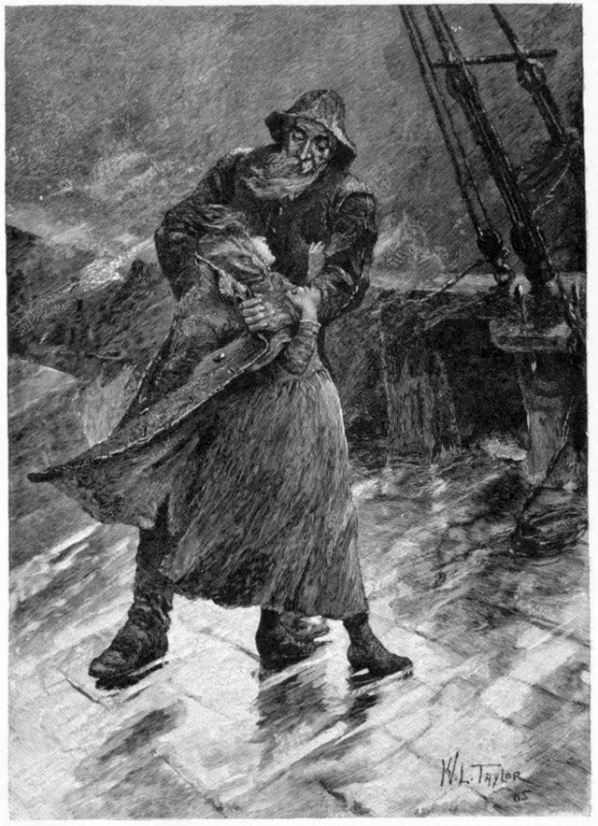 Illustration of the Wreck of the Hesperus. Courtesy https://storiesfromipswich.org/2015/01/06/wreck-of-the-hesperus-january-6-1839/

I discovered by age ten that “Henry” had seeped into my DNA. On a one-week forced hiatus from school, confined to bed with influenza, I decided to memorize the 88-line poem “Wreck of the Hesperus.”

It was the schooner Hesperus,
That sailed the wintry sea;
And the skipper had taken his little daughter,
To bear him company…

Those of you who know this poem know that the skipper probably shouldn’t have brought his little daughter. Things don’t end well for either of them “on the reef of Norman’s Woe.” Nonetheless, I was smitten by the melodrama of the trampling surf, sheeted ghost, bleak sea beach and the salt sea frozen on her breast (you really have to read it, it’s great stuff).
Weeks later, as a fifth grader, I performed the Wreck of the Hesperus in front of the whole school in what today we would call a poetry slam. Bruce Macomber’s intensely talented rendition of Casey at the Bat transported us all to Mudville and put me firmly in second place. (I forgive you now, Bruce).

Although I lost that competition, my affair with Henry Wadsworth Longfellow continued. My mother, Joan, a compulsive and passionate gardener, belonged to the Longfellow Garden Club, a volunteer non-profit since 1924 that maintained the garden once established by the Longfellow family. She donated hundreds of hours of her time to organize, research, weed, and plant a garden worthy of the house’s history. Before she passed away, she became the Club’s President, a position that honored and intimidated her in equal measure. My personal relationship to that garden deepened when I graduated from the Portland History Docent Program as a docent trained to give tours at the Longfellow House, a volunteer service that I loved.
So, yes, the photo shoot had to use the lovely newly-renovated and rejuvenated garden of the Longfellow House. Thank you, Maine Historical Society, for allowing the photo session and for taking care of this treasure. 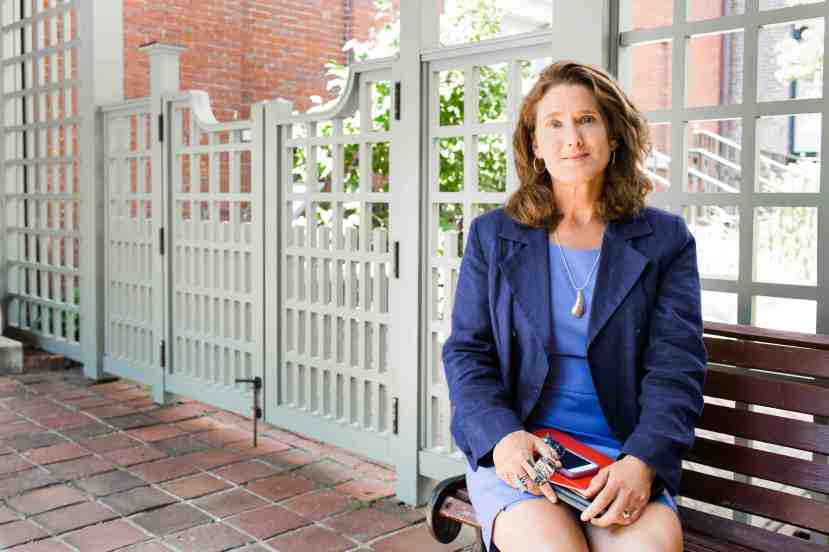 Patricia Pierce Erikson, at the “Children’s Gate” entrance to the Longfellow Garden

Things to do: Residents of Portland visitors alike love to take their bag lunch into the Longfellow Garden or catch some private moments for reading and writing in the lush oasis. On Thursday, August 4, 2016 the Garden will host a poetry reading event.
Written by Patricia Erikson, Peaks Island Press offers behind-the-scenes glimpses of a vibrant, literary community perched on Peaks Island, two miles off the coast of the beautiful and award-winning city of Portland, Maine. If you haven’t already, you may subscribe in the upper right corner at http://www.peaksislandpress.com.