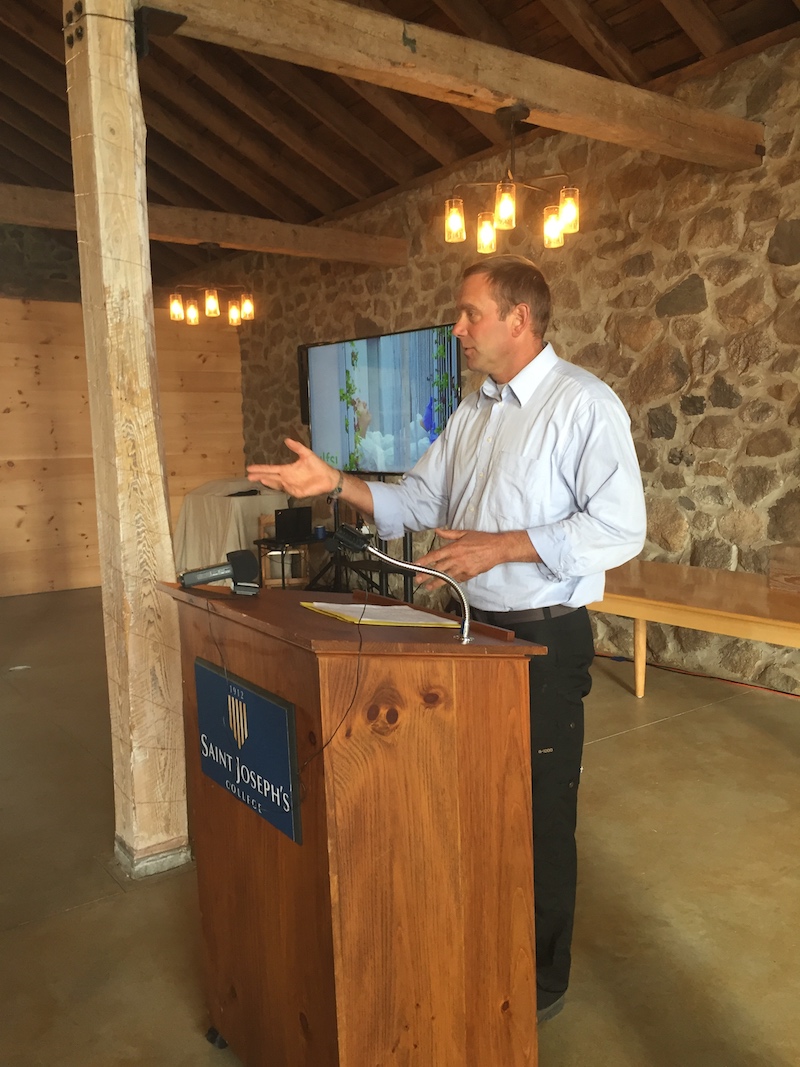 In addition to harboring sailboats and motorboats, the Peaks Island community hosts scores of talented people who are notable nationally. Not that you could easily discern this; island notables tend to hide like shy salamanders. Although he may not seek the limelight, I caught up with scientist, professor, and author Dr. Mark Green as he embarks upon a new chapter of his career as Hydroponic Enterprise Director for the Institute for Local Food Systems Innovation at Saint Joseph’s College.

When I asked Green where his love for science started, he pointed to tide pools and to a beloved children’s book about a quest through the wilderness to find a farm. As a professor of science at Saint Joseph’s College, Mark Green still combines his love of sea and farm, albeit in innovative ways.

The dramatic Cape Cod landscape made an indelible impression upon Green as a child. His family used to vacation at a little cottage in Barnstable and spend time exploring the shore. He remembers,

“As early as five years old, I was splashing through tide pools. You could walk for half a mile straight out into the ocean at low tide. Twice a day, this world that you normally couldn’t see was revealed. It was like walking into an aquarium.”

Although he went to Allegheny College to study English, the environmental science course he took freshman year changed the course of his life. “I realized that other people were struggling with the subject matter and I didn’t understand why. It felt like second nature to me; it made perfect sense. I ended up majoring in bio.” Green continued on, earning a doctorate in marine science at Stony Brook University.

We should all count our blessings that Green made that decision. A three-time recipient of large National Science Foundation research grants, Green has served on a statewide commission charged with studying the effects of ocean acidification–particularly the effects on species that are commercially harvested and grown along the Maine Coast. The commission then published the results. As a marine scientist and an oyster farmer in Casco Bay, who lives on Peaks Island with his family, Green’s research has contributed to our understanding of current threats to marine ecology and the seafood industry. 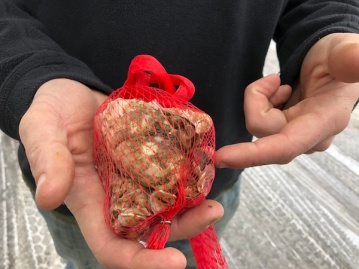 “I became concerned about the decline in wild shellfish stocks. For example, blue mussels once covered 66 percent of Maine’s intertidal environment; mussels now cover less than 15 percent.  Soft shell clam populations are also crashing. There are multiple stressors causing these losses: invasive species, ocean warming, and acidification, to name a few. This work got me very interested in sustainable food systems and the future of our food.”

Throughout his research over the years, he has engaged hundreds of Saint Joseph’s students in hands-on research on his oystering boat and in the laboratory (see an interview below with one of his students, Joe O’Reilly).

To expand learning opportunities about sustainable food systems, Green created an aquaculture course in the College’s “wet lab.” Think of this as underwater agriculture, or the farming of aquatic animals and plants, especially fish, shellfish, or seaweed. Green explained,

“In teaching the aquaculture classes, the students had to practice ‘aquaponics.’ Aquaponics is a type of aquaculture where the waste produced by farmed fish supplies nutrients for plants grown hydroponically. The plants, in turn, purify the water. Together, the students and I set up a tilapia and vegetable production system. It’s a looping system where the plants and fish benefit each other. It was really interesting. Hydroponics is a very hands-on science that couples students’ learning with an ability to feel and touch and grow food. Students love aquaponics and always tell me it’s one of their favorite classes.  They measure nutrient ratios. They calculate growth rates. Doing science is the best way to learn science. It’s not passive.”

But Green still felt restless about addressing some of the challenges in food production that our society faces.

“Government-subsidized agriculture grows corn and soy to feed cows and this, in turn, increases both environmental and public health problems. There are over seven billion people on the planet; we cannot feed the world with meat. Americans eat approximately 270 pounds of meat per year, as compared to an average of 75 pounds in other countries. We also can’t ethically and humanely grow that much meat. We need to eat more vegetables and we need a more sustainable food production process. “

Green is uniquely positioned to foresee where agricultural initiatives in Maine are headed and how the food security of Mainers and New Englanders will benefit. From oyster farming to hydroponic farming, Green’s passion for sustainable food production enriches our island community and makes us proud.

Patricia Erikson blogs about Maine writers, travel, and science from a vibrant, literary community perched on Peaks Island, two miles off the coast of the beautiful and award-winning city of Portland, Maine. If you haven’t already, follow her on Instagram at @seashorewrite or subscribe to Peaks Island Press in the upper right corner at http://www.peaksislandpress.com